Since our last trip to Disney World, a new Frozen ride opened in Epcot, plus there’s For the First Time in Forever: A Frozen Sing Along Celebration in Hollywood Studios. Not to mention character meet & greets. There’re so many opportunities to live the magic of this movie in the parks, but I also want our children to live this magic at home!

While watching this movie, we all joined in singing along, we also tried playing a song or two on the piano (okay Ella did, I did not)! The songs are so fun and catchy to sing, I can hardly wait to sing along in Hollywood Studios!

Winter activities for Frozen are easy to find, but at first I couldn’t think of good summer activities. I even added ice skating to our list at first, until I remembered we did that last time. Then I had a delicious idea!

These Frozen Summer Fun activities are so much fun and so delicious, they’ll have you wanting to watch Frozen all summer long! 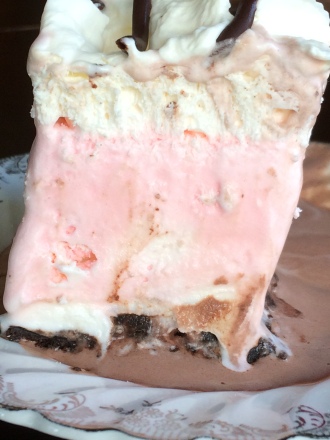 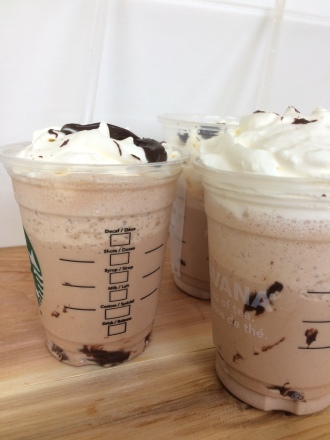 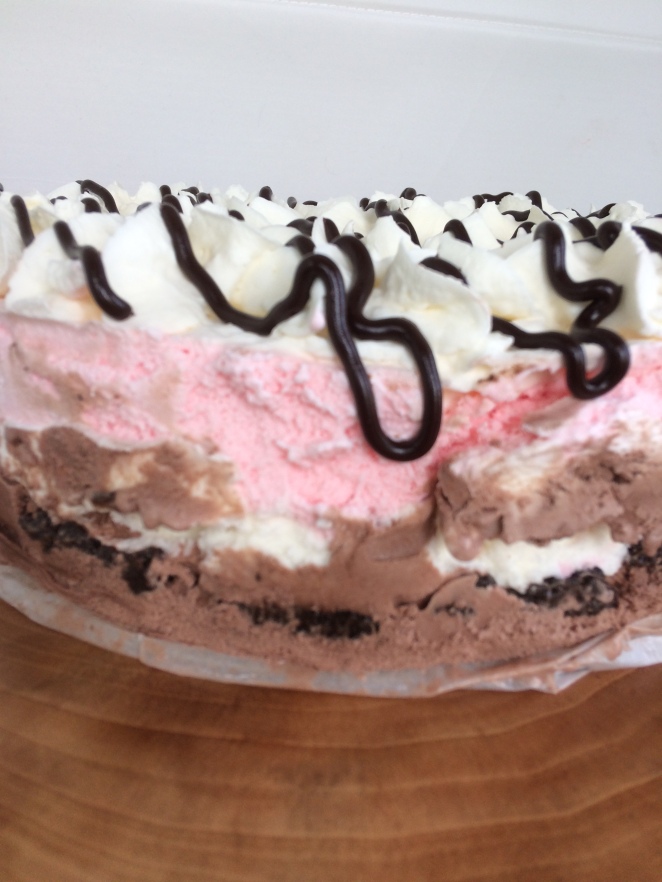 Our first two activities were all about the frozen treats! I used to love ice cream cakes when I was younger, but we haven’t been able to have one since going gluten-free 8.5 years ago. I figured it was about time I made one!

I love Neapolitan ice cream, but rarely have it (I’m a vanilla girl at heart), so I decided this cake would be Neapolitan, but really, you could use any flavour you wanted! I made some homemade fudge sauce for on top and used whipped cream to decorate. The bottom layer is made from gluten-free chocolate sandwich cookies with the cream scraped off, and the cookies crushed then mixed with the fudge sauce.

We also made homemade frozen drinks. I know they look like Starbucks, 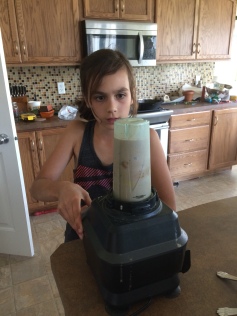 but these ones were made at home. Of course we got the cups from Starbucks because our kiddos like to go there all the time. Since I had the cups on hand, and also had fudge sauce and whipped cream I was able to talk them into staying home for their frozen drinks. Ella also had milk shake recipes in her most recent American Girl magazine, so she decided to make one of those instead – I love watching her discover things on her own and decide to make them!

Our last activity took a bit of advanced presswork. It also involved a LOT of clean-up, but it was well worth it!

The night before I froze some water balloons, I also filled a few larger balloons with water and froze those. The next day we brought those and some washable paint to the driveway and got to work. 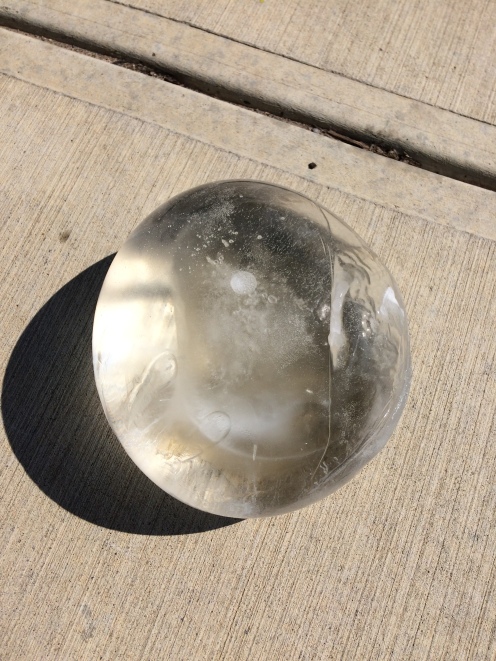 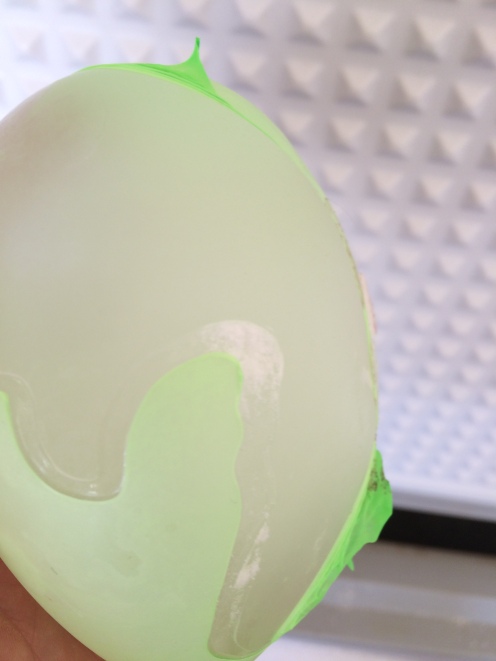 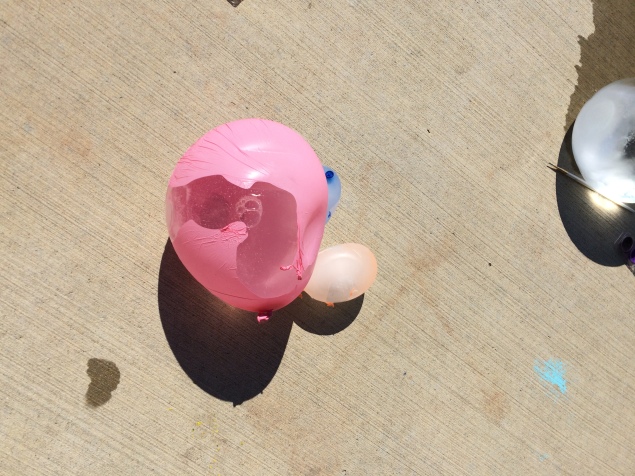 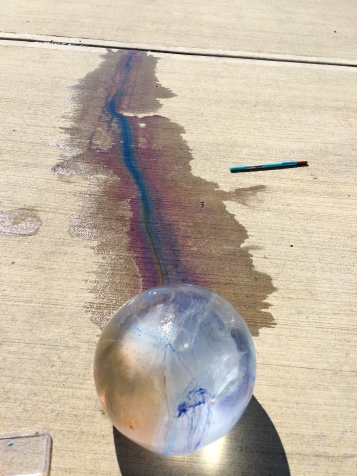 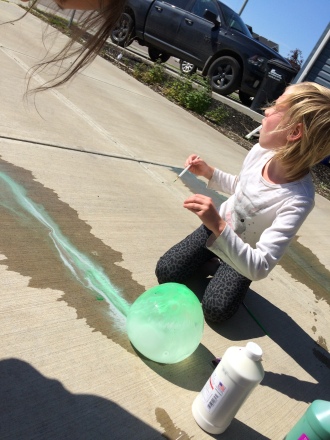 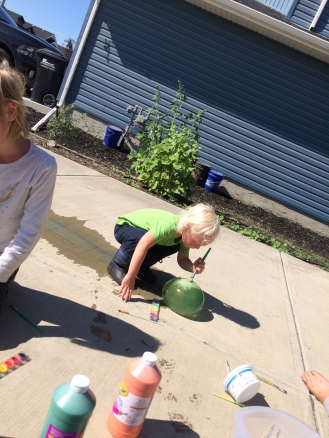 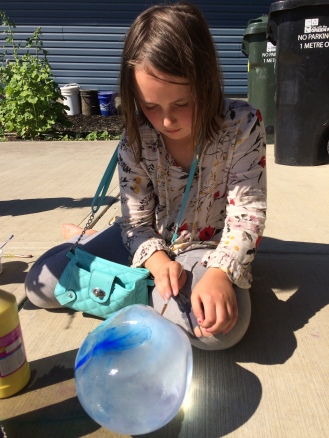 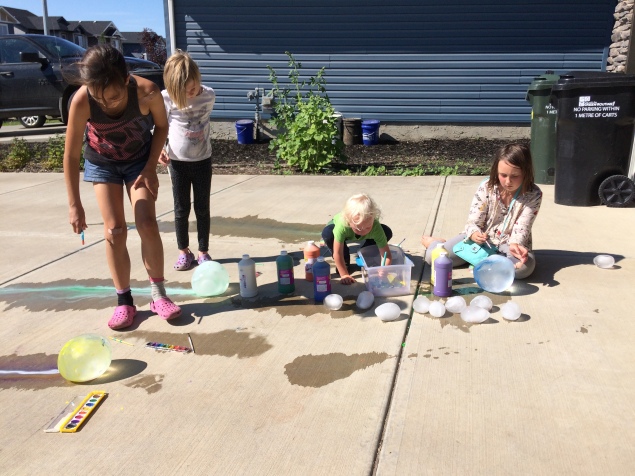 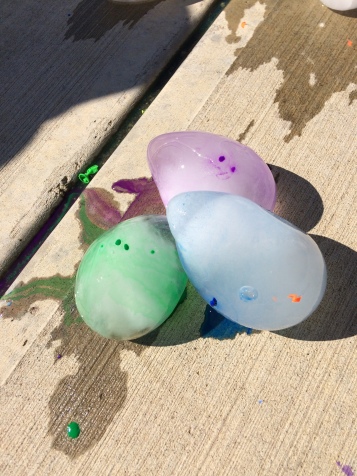 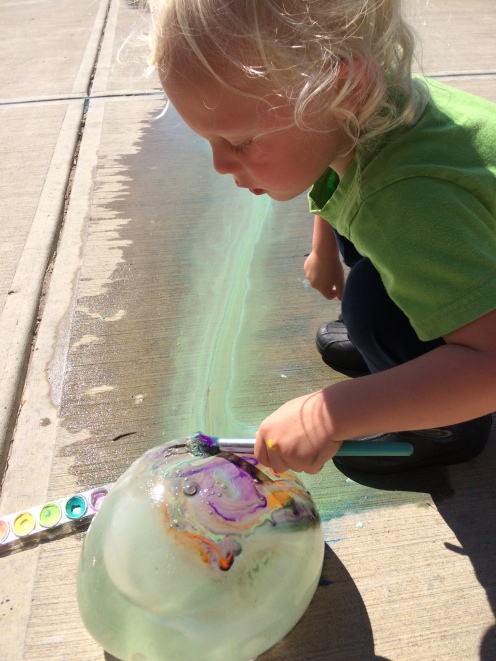 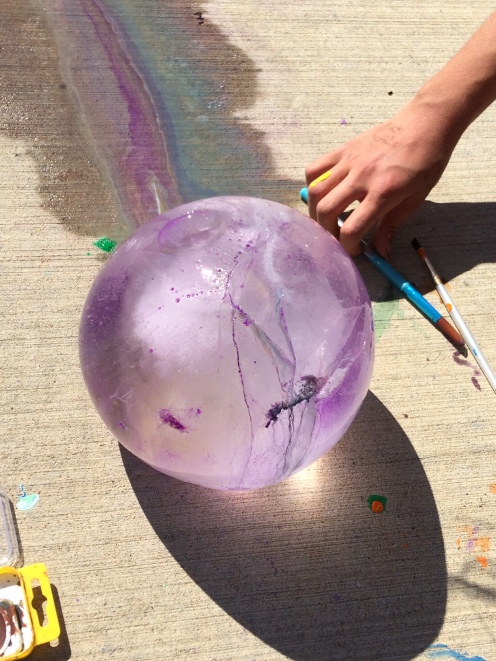 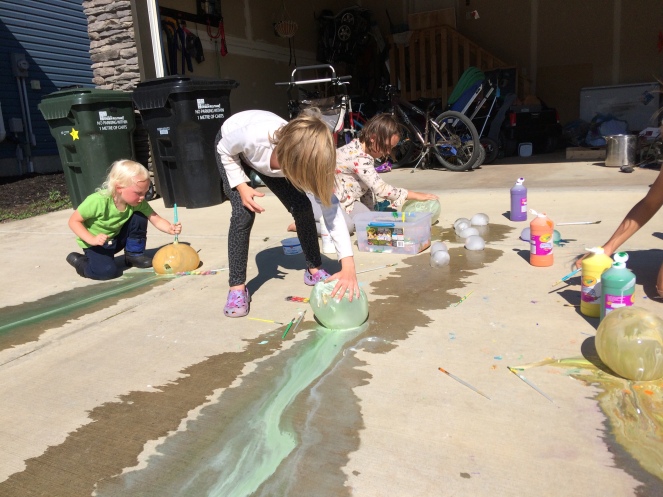 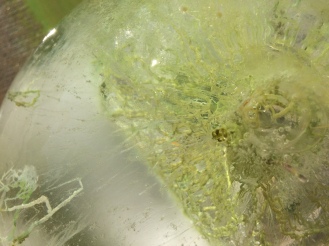 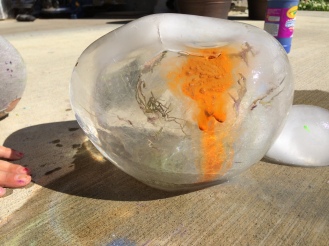 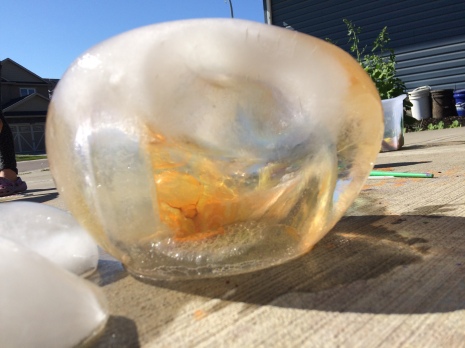 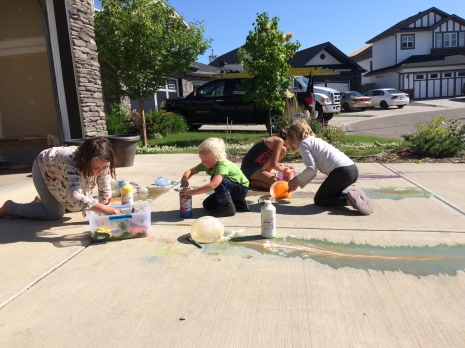 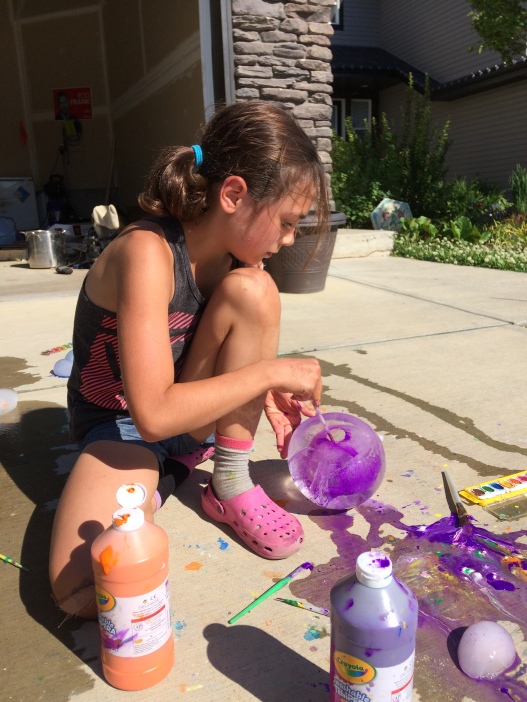 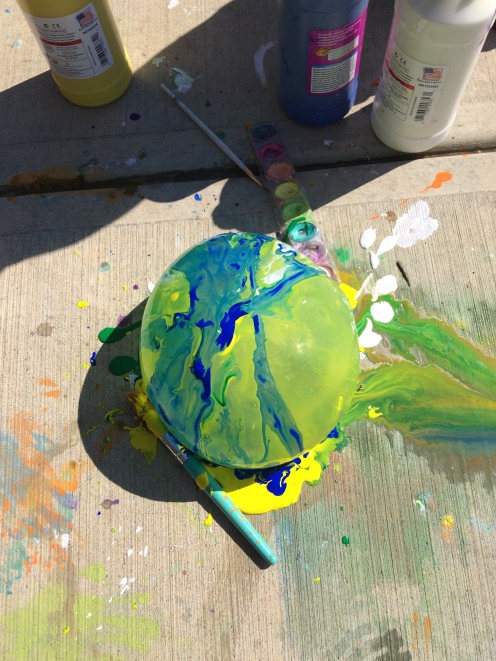 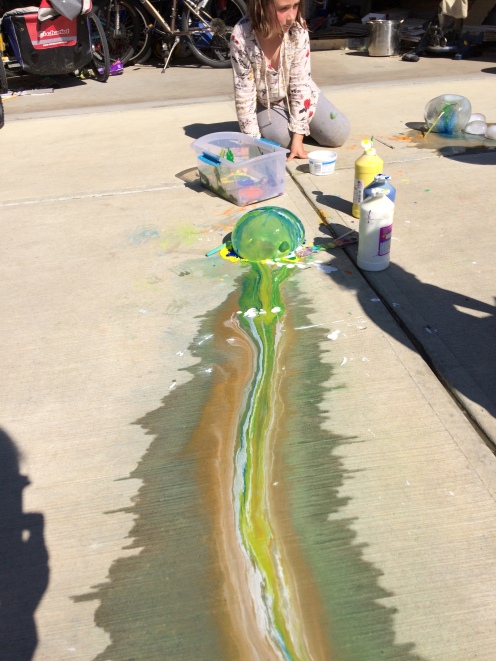 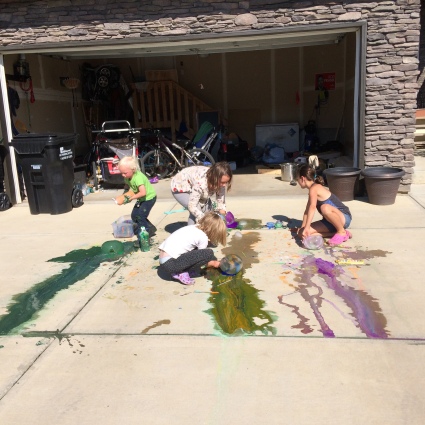 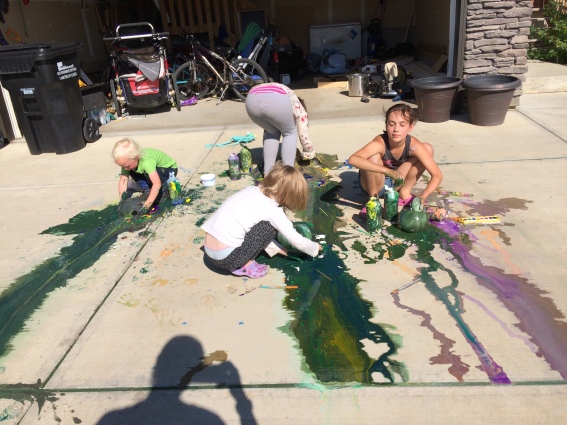 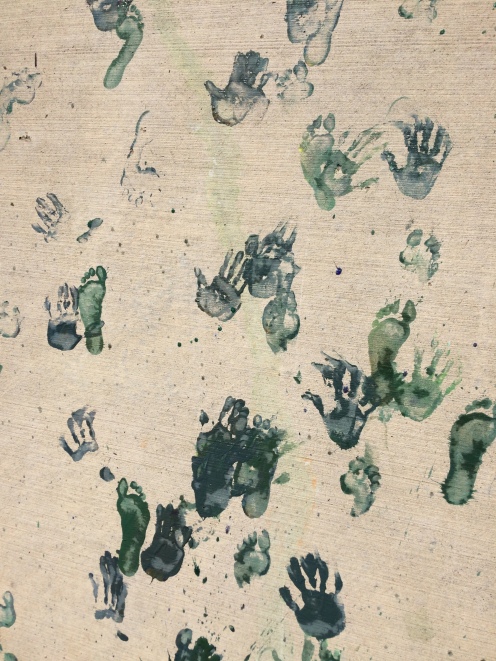 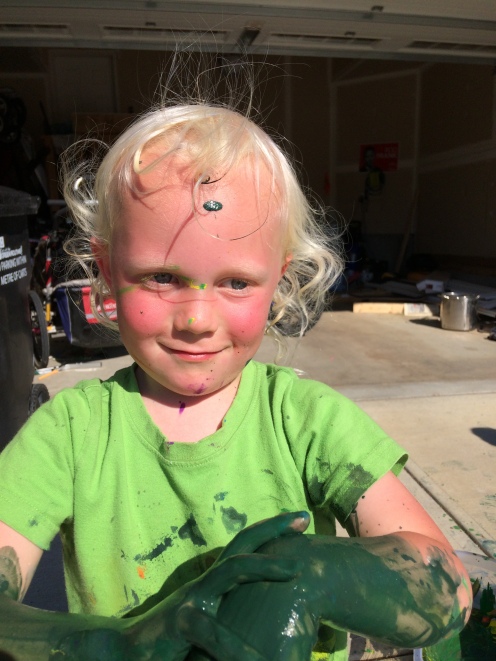 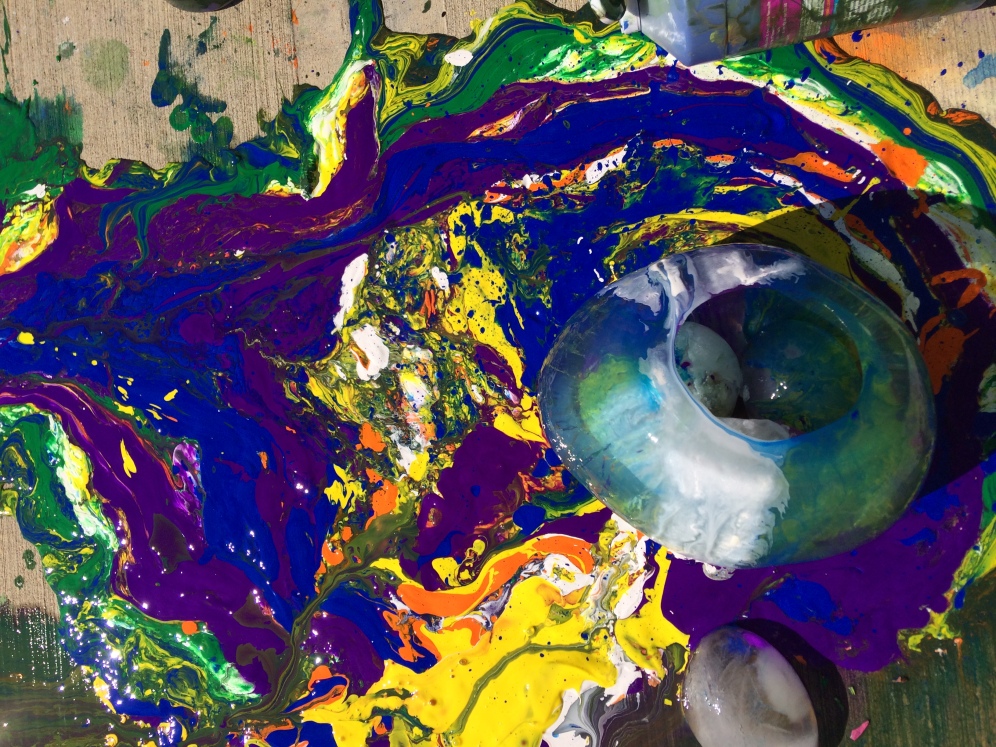 There were so many awesome pictures, it was hard to choose just a few! This activity kept everyone busy for a few hours, honestly it could have kept them busy much longer, but I needed to clean everyone up to make supper. You could use any paint, but I don’t like my driveway stained for very long.

The large balloons were the best, they were only partially frozen, so they ended up with ice caverns as they melted. Also because there was a lot of water at once, the colourful rivers running down the driveway were a lot of fun to watch. It was also really neat to see how the paint either slid off the ice, melted into the ice, or highlighted the different features of the ice.

Not only was this activity a lot of fun, but there was also so much to learn from it. A few we talked about include: