Miss Cordelia turned 6. I’m still not sure how that happened. I swear she was just a little, sweet smelling, squiggle, but here she’s 6 already! And what a 6 she is! It’s utterly amazing to see her vibrant personality shine through in everything she does. It’s no wonder she wanted a Moana themed party this year! This girl LOVES adventure!

I had so much fun creating this party! I listened to the soundtrack a dozen times a day while we planned and created prior to party day. Of course we also listened to it during the party. Because ‘it’s so SHINY!’ Yes, I’m singing while I type :p

I kept the party very low key because between renos, Ryan’s work schedule, and my finishing a few sculptures I didn’t have a ton of time to make a pile of decorations.  Instead I hung a cluster of blue balloons (ocean wave) with one green balloon in the centre (Heart of Te Fiti). I also used coconuts and pineapples for decorations on the counters. Otherwise the only decorations were the grass skirts and leis we handed out to our guests. I was sure I snapped a picture, but now I can’t find it. Inside the favour bags we had a green balloon (heart of Te Fiti), Surf Sweets candies, and a Moana Activity page. All the children also received leis and ‘grass’ skirts as well as their crafts to take home with them. 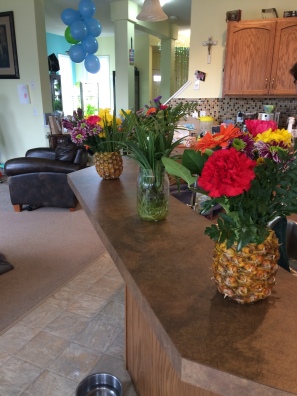 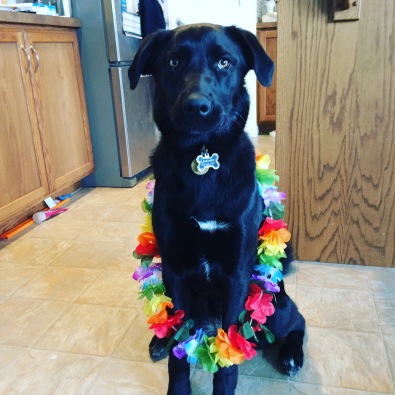 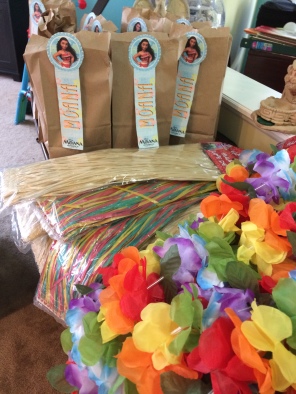 We had a ton of coconut snacks, fruit, Polynesian style Tofu, and Polynesian Style Pork. 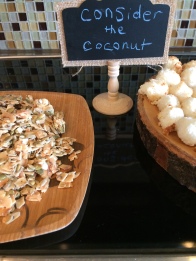 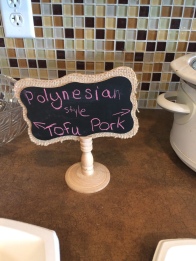 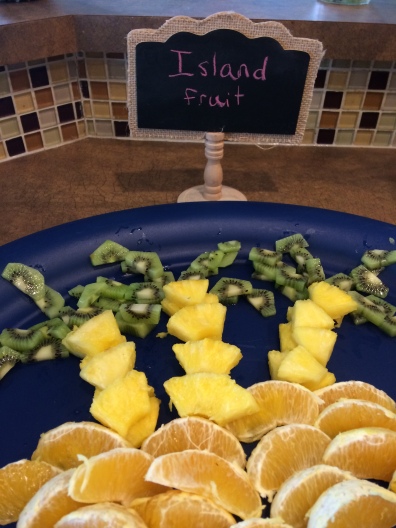 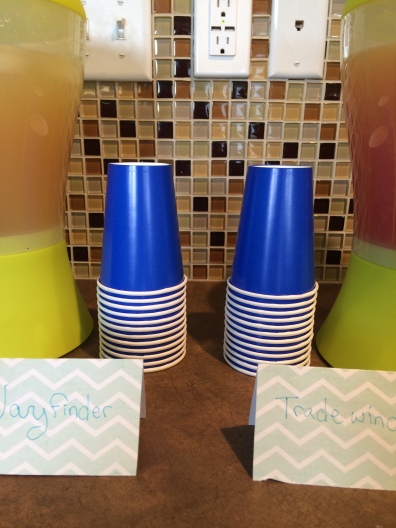 Games were pretty simple. Prior to the party, we made paper mâché coconuts. At the party each guest was able to paint one to look like a kakamora. I kept it simple with only 2 paint colours (red and White). I also had a table with popsicle sticks and glue so the guests could all make their own boat. And last, but not least, I turned on a Disney Sing Along that has a basic Hula Dance for children. It briefly explained what the hula is and why it’s danced, then they do a slow walk through of the motions, followed by a faster version. The video was from the 80s, it was pretty hokey, but I can’t help myself, I love it! 😀 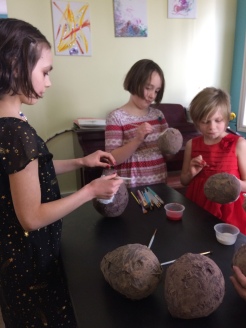 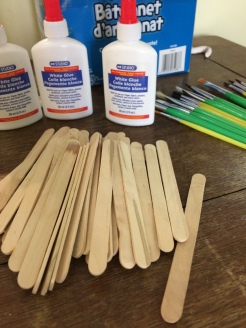 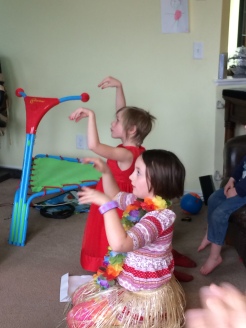 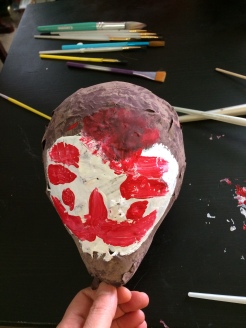 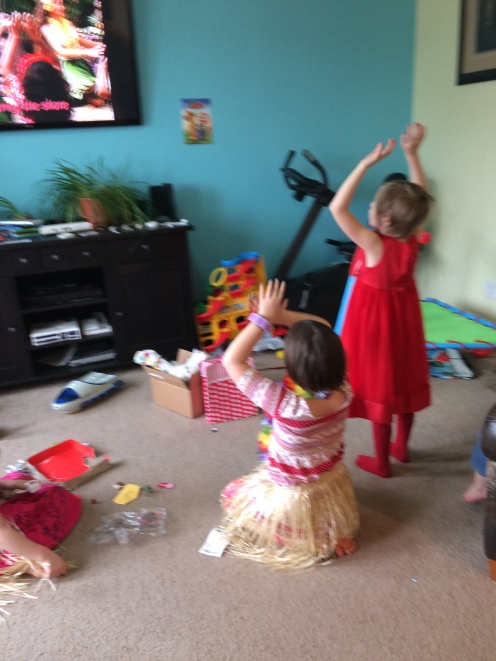 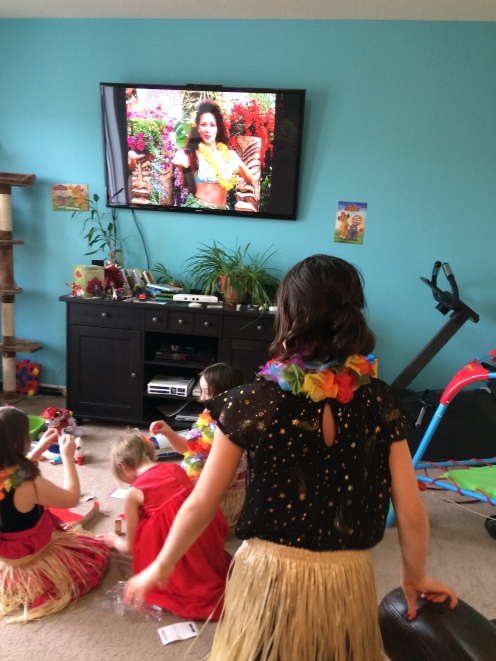 We can’t forget the cake! I’m really happy with how this turned out. It’s taken me forever, but I’ve finally created a white cake recipe I like that isn’t super dense the way other white gluten-free cakes are. I also managed a pretty decent job decorating it too! I know it’s not perfect, but I try really hard to give my children the birthday cakes they want when it’s impossible to order a safe cake around here. 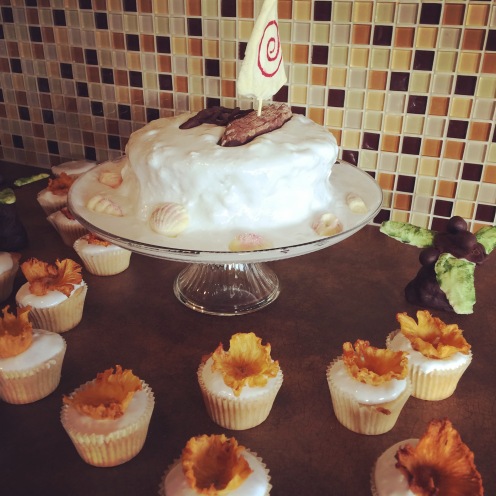 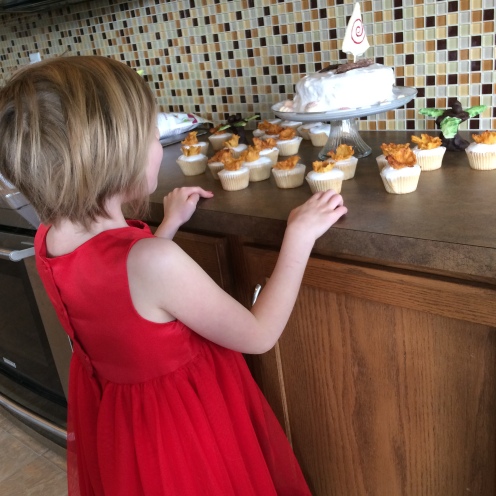 She loves her cake!

For the cupcakes, we peeled a pineapple, then thinly sliced the fruit (core intact). I dehydrated the fruit until it was no longer juicy. I then placed the fruit slices into mini cupcake pan holes so they’d get a nice flower shape. I sliced from the edge toward the centre anyplace that needed it so the ‘flower’ would lay open nicely. Then I continued to dehydrate until they were firm and held their shape. I placed them on the cupcakes the day of the party, but if they’re sufficiently dried you can put hem on the cupcakes the day before. But they will soak up some moisture from the frosting, so if they aren’t sufficiently dehydrated they’d lose their shape.

The cake decorations were made with white and milk chocolate modelling clay. I used the white to make the boat’s sail around a wooden skewer. I used the milk chocolate to make the base of the boat, and the smaller side of the boat as well as the weave between the two. I combined the white and milk chocolate to create a wood like effect, and pressed the blend clay into a silicone mold I have that looks like a wood floor. Once everything hardened I  added the flag to the boat.

Both the cake and the cupcakes were topped with boiled frosting (AKA 7 minute frosting).

I made a few shells and a couple coconut trees with the left over chocolate clay. The shells were lovely, the trees looked funny, but Cordelia liked them. So really, that’s all that matters.

I was so happy with how everything turned out, and Cordelia is still talking about ‘the best birthday EVER!’ So I’m happy.