We finally made it out to the Royal Tyrrell Museum of Palaeontology, it was a month later than planned but we made it!

It takes about 3 hours to drive there from where we live and at the 2 hour mark Brom decided he needed to go home. He was tired from waking up early and we’ve dropped down to one vehicle and the one we kept is not the one that has a DVD player. After much cringing and crossing fingers that he’d just sleep, we arrived. Hungry we headed straight to the cafeteria for lunch. Brom was still not sure that he wanted to be here, that is until he sees something on the wall. Turns out he’s found his first fossil of the day, an Icthyosaur, and once he understood we’re here to see dinosaurs there was no holding him back!

We grabbed a map and headed in to the museum proper, each child had a camera and they were all snapping away. I think we ended up with almost 5000 pictures of the first half of the museum, that’s when the batteries died.

Ella was soaking in every single exibit, looking in all the drawers and reading the placards. 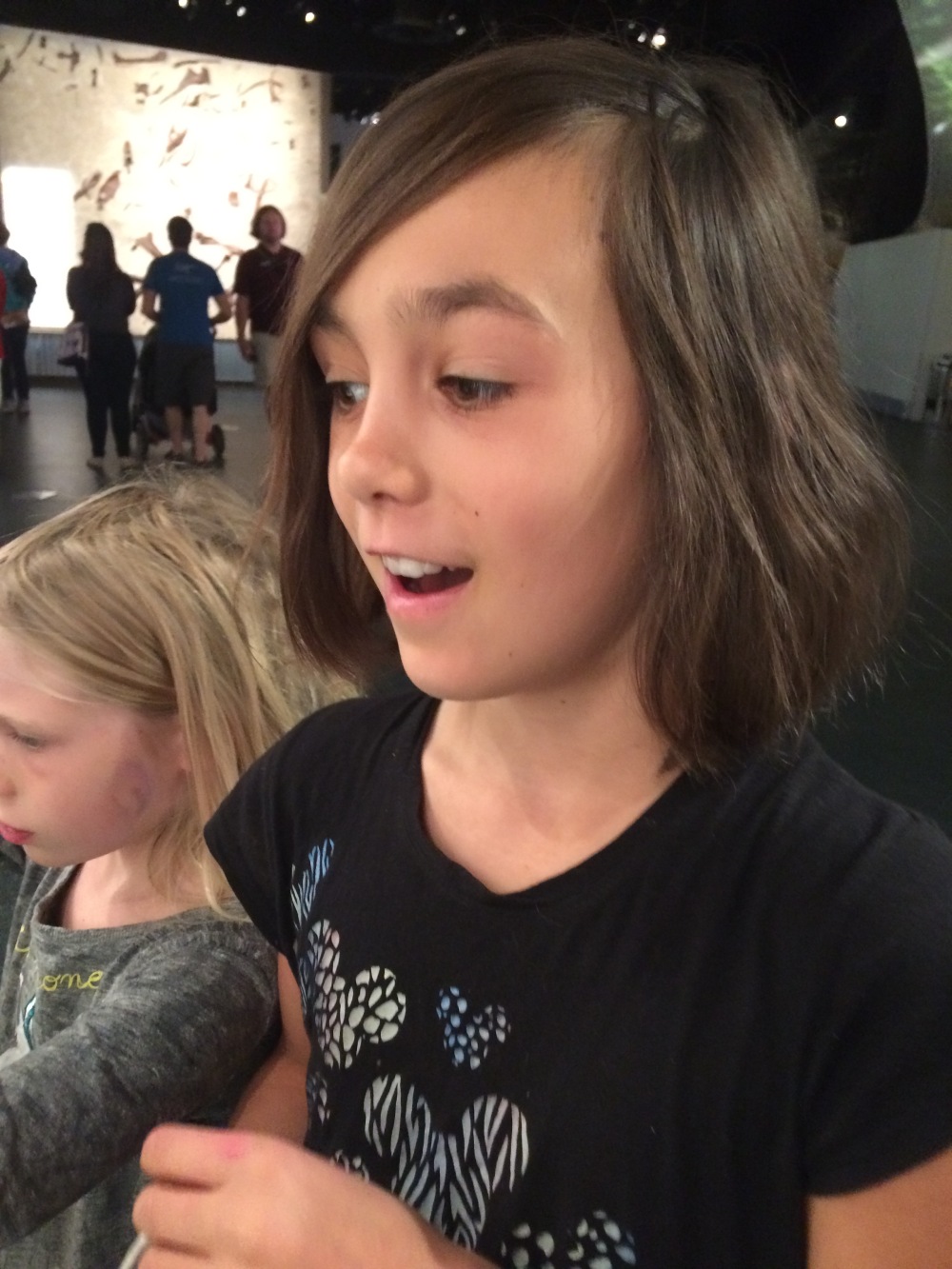 The others were running ahead to find the next big thing! Brom decided that certain dinosaurs were his friends and was scouring the map to see where they went.

The biggest laugh of the day came early, I saw Brom sitting infront of a Tyrannasaurus exhibit, the echange went as follows: 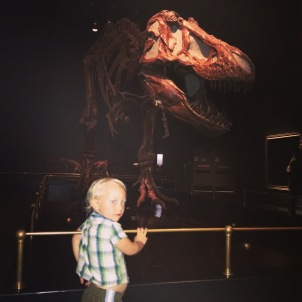 I almost died laughing, it was so cute.

The rest of the museum carries on, picures, bones, singing “Time Tunnel, Time Tunnel approaching” every time we cross through the display seperating the eras.

We stopped for a good while in the Cretaceous Garden, a large room filled with plants. It’s one of my favourite rooms and Sarah’s as well. The girls ran around trying to find Salamanders and fire bellied toads among the plants, Brom just ran.

The second last exhibit is large hall filled with skeletons, just bones everywhere! So many different dinosaurs to see, unfortunately the camera batteries had run out and so had the kids batteries too. We managed to grab some shots and talk about a few of the dinosaurs. Brom seemed concerned that everything here was dead. 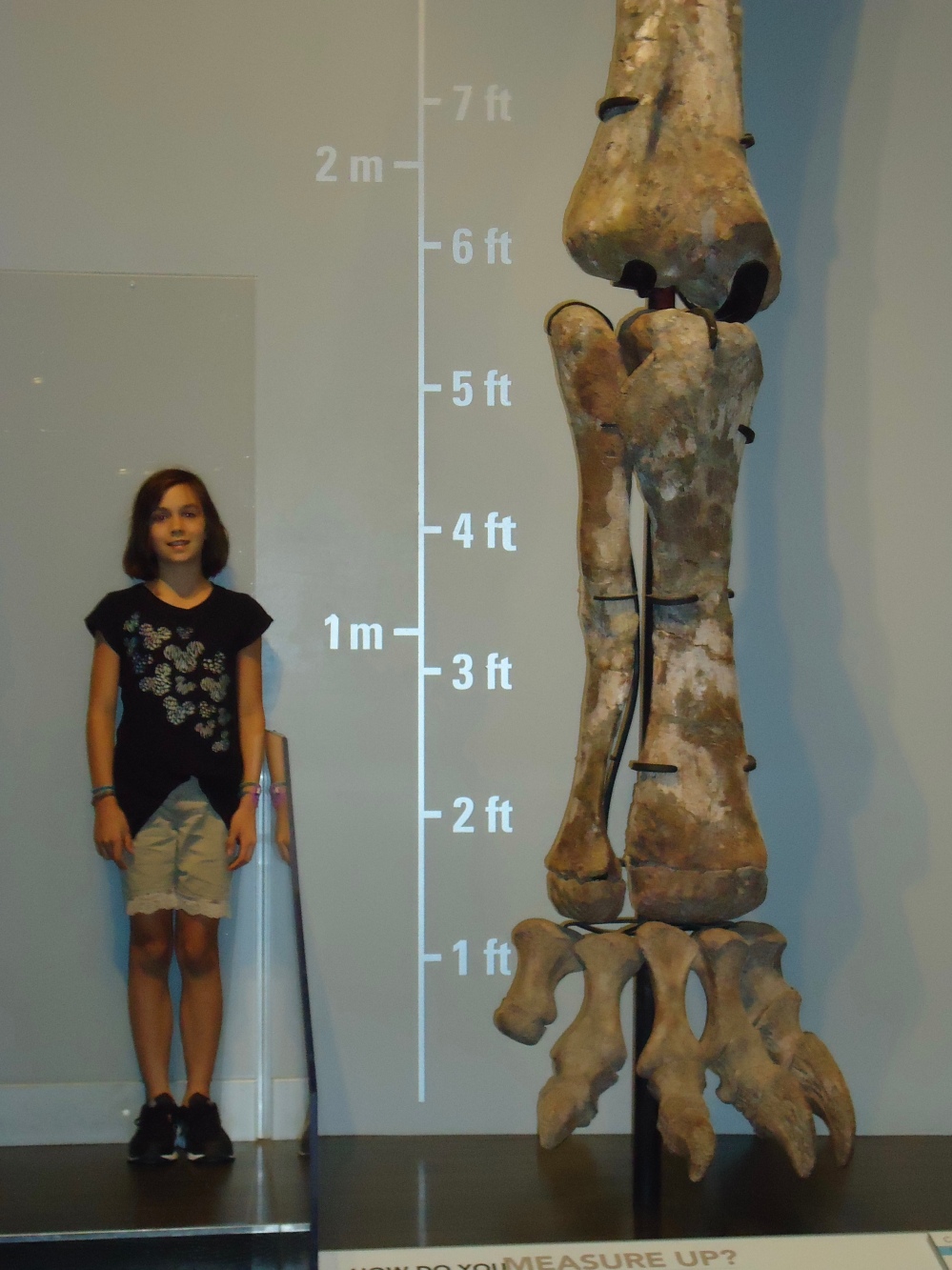 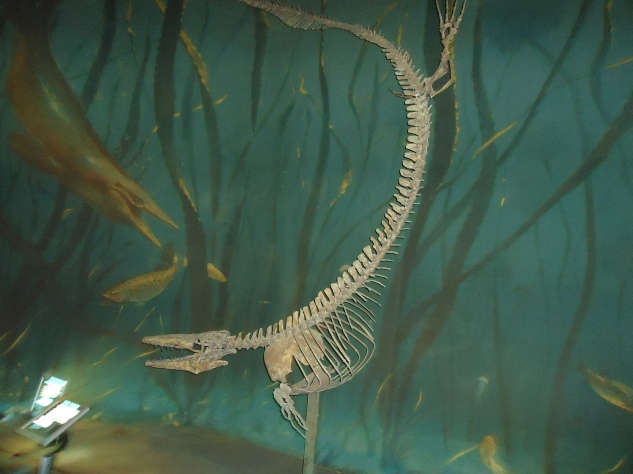 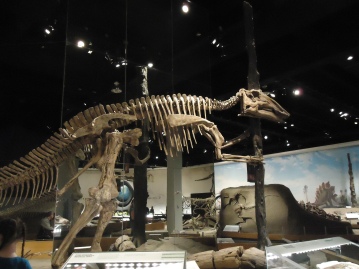 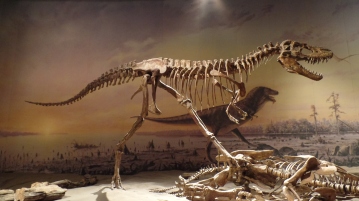 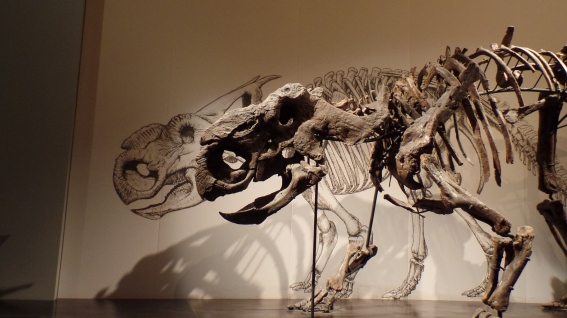 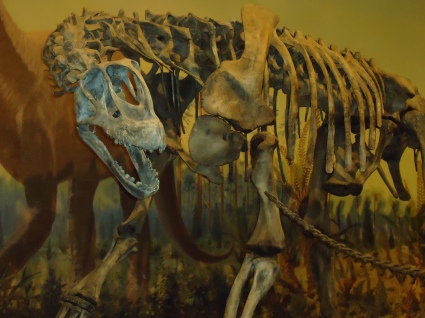 We rushed through the ice age section as I lamented the lack of giant sloths, stopping only to all jump on a scale that comapres your weight to that of mammals. Out whole family only managed to make it up to the weight of a bear!

With batteries drained, we traded the cameras for snacks and sat at the playground for while.

Sarah loves to hike so the day ended with one lap around the interperative trail, where there were many more signs to read, cacti to avoid and even a hoodoo or two to discover! 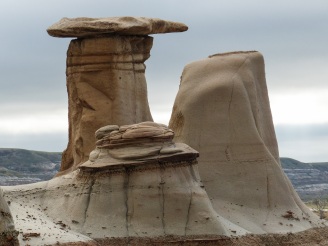 And with tired legs and full minds we all climbed back into our van for the long drive home.

It was a truly #Unforgettable day!