For the last several months, Ella’s been asking to get a new puppy. At first I wasn’t sure. But eventually she won me over, mostly because I have intense shiny thing syndrome. And also because I love cute, cuddly things. So new and cute and cuddly? Sign me up!

But we had a few requirements first. To begin with, Chester needed to behave better on a leash. (If you’re new, our older dog is leash reactive to dogs, we’ve been working with him intensely to help him calm down) And he’s been doing amazing! I’ve only had 2 incidents with him in the past two weeks. Compared to a couple a day. And both times he had an incident it was multiple dogs at once, so this is huge!

Ella also had to convince Ryan. Because Ryan hadn’t wanted animals to begin with, but 5 years ago we got a dog. Then last year we got our three kittens. And Ryan still looks at the fur on every surface of our home and wonders how we ended up in this place after vowing to be pet free.

But slowly he came around to the idea. We talked, we discussed concerns, we talked some more. We waited. We worked with Chester. And a few days ago I saw a puppy on Zoe’s website that was absolutely adorable. I sent a picture to Ryan (I may have been sending him puppy pictures every day for several weeks prior to this). He said she was cute! Normally he just says ‘No’!

But then a night or two later a friend, who fosters for Zoe’s, posted a pic of a new puppy they just brought in. I knew I had to show Ryan! She is precious!

Yesterday our friend had permission to take the new pup visiting. So she came over to play with us!

Ryan is in LOVE. He even changed his Facebook profile pic to one with her. SO we withdrew our application for the other puppy, and told them we’d like to wait and apply to adopt this girl instead. The girls have decided her name will be Moana.

The only one unimpressed was Boo. Poor kitty got chased a little, but I’d put a baby gal across the stairs so Boo couldn’t get upstairs when she tried. She was terrified! I did calm her down enough to pick her up and put her on her tower. She stayed there until almost 8 o’clock, four hours after the puppy left. 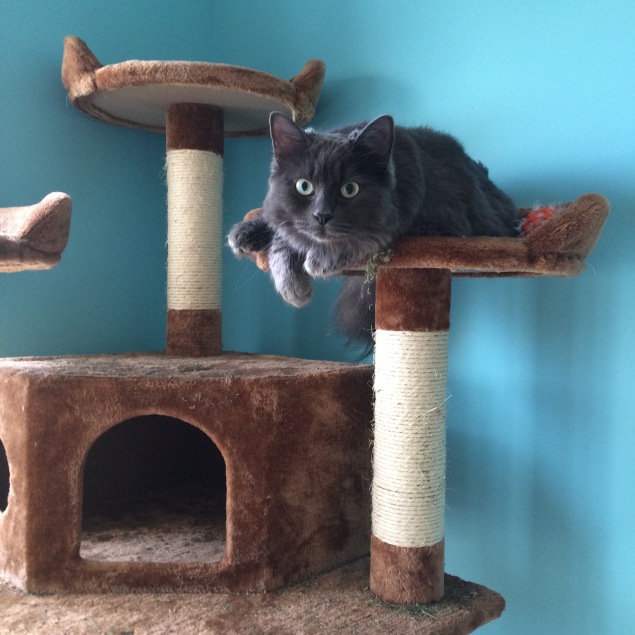 She’ll learn to love the new puppy too. In time.