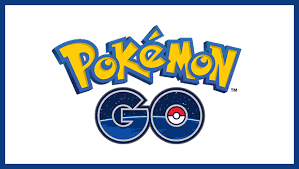 If you haven’t heard by now there is a new mobile app, Pokemon GO. It’s the most downloaded app world wide, it released in Canada yesterday and over 45 million people logged on!

It is an Augmented Reality game using your smart device’s GPS and camera to put Pokemon into your world! You walk around and find Pokemon, Pokestops, and Gyms in the world around you.

That’s right, walk. You have to go outside! Certain mechanics, such as hatching eggs, even reward you for walking certain distances.

Agatha can tell you more here:

This game is getting people out of the house and getting them to exercise. It’s also a fantastic way to meet new people. Sarah and I loaded it on our phones, handed them to the kids and went to the library, local arts center, and playground. As we passed Pokestops we saw tons of people walking around playing. We had a blast telling them about the pokemon we saw down the road and laughing about how awesome it was that we were out and playing Pokemon.

There were groups of all ages and sizes, but they were groups! Laughing and talking as they walked around.

Sadly, there was one lady who went off on a tirade about everyone on their phones and lack of communication with real people and how they don’t do anything physical all day. It really irked me. If only she knew that many of the people out there would normally be sitting on a couch somewhere and that people like myself, that suffer from anxiety, would never ever think of engaging a stranger in a conversation were out there talking and laughing together. We brushed it off and continued hunting and having a great time!

This morning I sat down with my coffee and browsed through reddit and the stories I read filled my heart. So much good is coming from this game.

Pokemon GO is a fantastic game that is doing fantastic things for community and people who would never dream of getting out there.

Also hearing your kids squeal from down the street that the just caught a Pidgey is pretty cool too!

I recommend the app and I recommend you get out there, meet new people and just have fun with it. I’m sure you will find it as #Unforgettable as well do!