It’s finally summer and I’m excited! We have so many things happening this summer and I actually took summer vacation to be able to enjoy it. I’ve been at my current job for almost 10 years now and I’ve taken minimal summer vacation preferring to work overtime and take my time off in the fall. This year with overtime down I decide to take time off in July and August and with all that is going on in the Great Big Beautiful household it looks like a great time to spend with the family.

We’re continuing with our Great Playground Hunt, though the weather has put a little hamper on that lately, we still have a lot of playgrounds to explore before the weather turns cold. 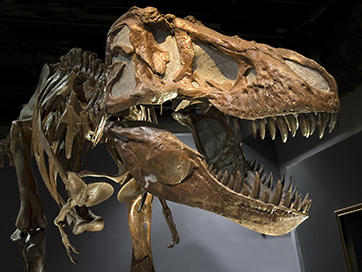 There are plans to go to the Royal Tyrrel Museum and the Jurassic Forest, we love dinosaurs and Alberta has rich dinosaur history allowing us access to some of the coolest dinosaur parks and museums around!

We’re taking time to go camping as a family, something we haven’t done in almost five years! We’re heading down Kananaskis country to go camping near the mountains, it’s a gorgeous area and will make for fantastic couple days. We’re only going for two nights, but with four little ones and not having done this in a long time we are going to break into it slow. A week after we get back from that we are taking the 16 hour drive out to Sarah’s parents for a family reunion out on the farm. They have a small house so we’ll be spending another three or four nights in a tent while we are there. So lot’s of tenting and camping!

The kids will also have their chicken eggsperiment, Tinker/Koala/Kiwi crates, and bikes, scooters and skateboards to keep them occupied on days we don’t leave the house.

World of Warcraft: Legion expansion hits August 30th, that’s something that has me really excited! I’m enjoying playing WoW and this expansion is sounding really cool. Along with that I’ve started gaming regularly with my friends again. I’ve picked up a Guild Ball Team, and Privateer Press just released the Mark 3 rules for Warmachine and Hordes, two fantastic games that should get me out of the house spending time with friends and rolling dice!