Yesterday, June 18th, was our 11th wedding anniversary. Of course we had to celebrate, so we took the kiddos all to see Finding Dory at the theatre. Like most recent Disney/Pixar movies, it brought out the emotions in all of us. The first few minutes 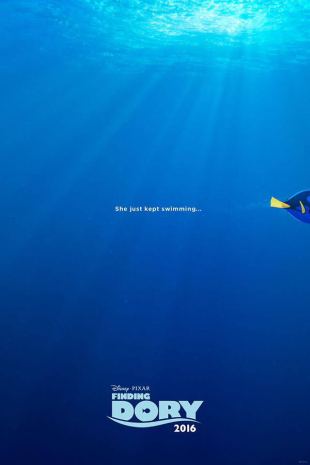 were ridiculously heart wrenching as a parent, and then again toward the end of the movie. Okay, really, the entire movie brought every parent’s worst fears to the surface, but there were so many other moments filled with laughter and silliness that the weight of the topic was almost forgotten.

Agatha laughed so loud and long so many times, it felt amazing to share it with her. Even Brom sat and enjoyed the entire movie.

Though a word of caution for anyone wanting to bring a sensitive child, there is a scary chase scene that might frighten some children.

Our favourite part was how this movie brought Dory’s childhood to life and showed where all her little quirks came from.

As we left the theatre, Agatha announced she wanted her own Blue Tang, so she could have her own Dory. She also asked for a tiger, a fox, and a red panda when we visited the zoo, she’s being silly when she asks, but we did talk about why that wouldn’t be a good idea for Blue Tangs.

In short, we loved this movie and will likely buy it when it comes out.

Later in the afternoon we dropped the kiddos off with their Aunty and Uncle and Ryan and I went to dinner. Alone! It was our first date, that didn’t involve me getting chemo, in 5 years, give or take a year or two.

Dinner was amazing, we went to the new Farm to Fork Eatery and the food was delicious!

Neither one of us thought to take pictures of our appetizers, but we should have, they were so good! Ryan had the lamb sliders, I had the orchard asparagus with wild boar pepperoni.

Our entrees were even better!

I had 1/2 rack of lamb with fig mustard and may have tried to stab Ryan when he stole a bite. Good thing our marriage is strong enough to survive sharing food. 😉

Just look at that lamb! So delicious and juicy! 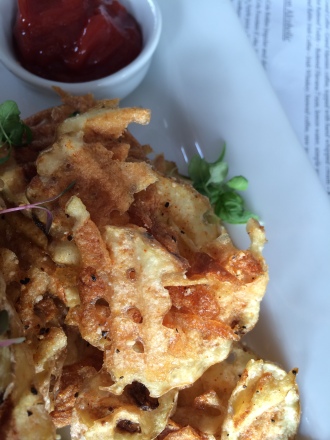 The restaurant uses a dedicated frier, so the chips are gluten-free, with no risk of cross-contact! This is HUGE!

I highly recommend going here even just for the chips!

Ryan decided to try the smoked boar belly. He really enjoyed it as well.

I loved that even though the main part of the entree was meat, there was a good portion of vegetables with each meal, and everything was cooked to perfection! We’ll happily eat here again!

The rest of our date was spent going for a walk together. We strolled through an urban forest, pasts some ball diamonds, a skate park, and just enjoyed being able to chat together with a child jumping on either one of us.

In 11 years we’ve been through so much, we’ve grown as people, and we’re becoming better each day. It’s been an amazing journey, and there’s no one I’d rather share it with than Ryan!