There are so many posts going around about what to do or say to someone with cancer. These posts all have great advice, and they often contradict each other because everyone is different. About the only thing that remains constant is everyone agrees that each person has their own journey, so don’t tell someone else what their journey should be or what it should look like. Talk about your journey, but keep it yours.

So what should you do if you find out Mommy has cancer?

First thing after having a good cry, don’t panic. Really that book sums it all up.

No matter how bad it is, panic will not solve anything.

The next thing you need to do is ask for help. Then once you have more help than you think you could possibly ever use in a lifetime. Ask for more.

At the end of chemo, surgery, cancer our family needed to heal. We needed escape. We needed to get ourselves back to a solid place. Of course Disney World was the first (and only) place we thought to go. It’s our happy place. We were so excited when two of our best friends and families agreed to join us! 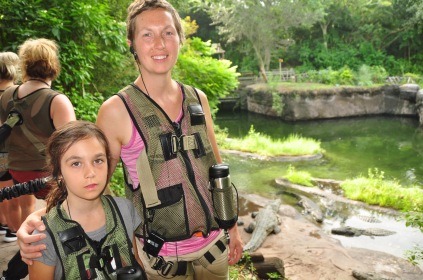 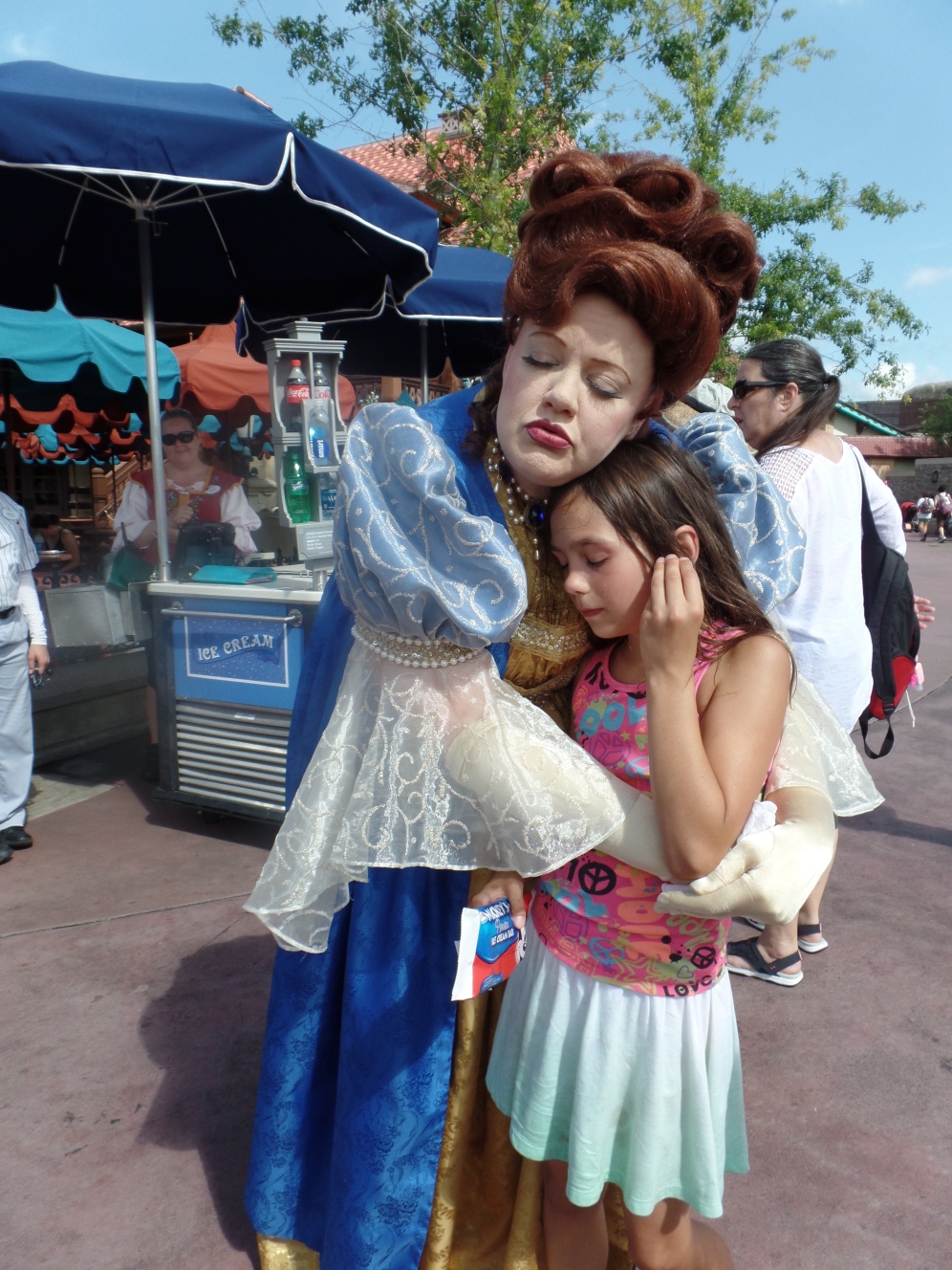 But things didn’t quite go according to plan. Ryan was snippy with everyone, and I wasn’t stopping to smell the roses, or see the magic, the way I normally do. Our children had more tears than any other trip. Things could have been so much better if Ryan and I had been in a better place.

Don’t get me wrong, our trip was fabulous (I’ve seriously fallen in so much love with Beach Club, I don’t think I’ll ever love another place quite as much!) and probably just what we needed. But it didn’t refresh and recharge us the way it usually does. But we also didn’t start our trip at the same level of health we normally do. How can anything be amazing when you start it with 4 children afraid their mommy’s gonna die on them? How can it be awesome when your husband spent the last year overwhelmed by everything?

Cancer is an interesting disease. It doesn’t just affect a person physically. And it also doesn’t only affect the individual. It affects everyone in the family. And in my case, it affected everyone else more than me, in the beginning. But after months of Ryan carrying too much fear and anxiety alone, he was unable to participate in our lives. He couldn’t connect with his children, or with me. The more he withdrew, the more the children needed me. The more they needed me, the less I had for myself, and the harder everything became for our whole family.

We hit a breaking point. Luckily we were able to talk and begin to fix our relationship. Healing began. It hasn’t been easy. I spent so many days just sobbing on friends’ shoulders. It was all I could do to leave the house. Some days I couldn’t manage to fix supper. But slowly things changed.

Supper became a regular occurrence. The yelling became less frequent. Leaving the house no longer terrified me. And Ryan and I reached a new high in our relationship.

But all of this started because even though I had a lot of support through chemo, Ryan had none. He protected me and my space as much as humanly possible. He did all he could to shield me from anything and everything. He dumped out. The problem was there was no one there for him to dump to. He was playing catch with a wall. Everything he threw just came right back to him.

I saw it happening while going through chemo, my oncologist saw it happening and mentioned his concern for Ryan on more than one occasion. In fact my appointments were spent talking about Ryan more than me most of the time. I was doing great, but Ryan was floundering.

But immediately after my surgery Ryan began a shut down at work. For those that don’t know what that means, it’s 3 months of working 12 shifts on, 2 off, 13 hours a day (plus travel time). He was straight nights. He had no healing time. None of us did.

So here we are finding connections again. Reaching out one person at a time to reconnect with our friends so we can heal as individuals so that we might bring more to our relationship and heal as a couple. Grow as a couple.

If I’d ask for more help or more importantly really forced Ryan to accept the help offered, things wouldn’t have hit us as hard as they did. I already asked for so much, but I really think we needed to ask someone to come help out so Ryan could maintain his connections with his buddies during the months I wasn’t able to parent on my own full time. Or even just insist Ryan go out no matter what, I did so well during chemo that I think a few hours alone with the four kiddos would have been okay. Possibly even better because Ryan would have been more fully able to help.