The problem isn’t fighting. It’s never the fighting! Okay, if it gets loud, the fighting might be a problem. But mostly the fighting will pass without incident. Children learn how to solve future social problems through their childhood fights. They practice disagreeing and trying to compromise, or not. But ultimately fighting can be really beneficial for children. The problem occurs when children aren’t solving their problems, when the fighting isn’t resolved, when one or more of them leave the fight feeling dejected, unworthy, unloved.

This happened more and more lately, especially with our two eldest. It’s so difficult to watch, but we really stopped listening to them and trying to help them, so things didn’t get better. We’d step in and tell them to find a solution and leave it at that, until we screamed at them to stop fighting. (Yeah, like that’d ever really help!)

They needed us, but we weren’t fully available.

A couple weeks ago we found ourselves at the point where Ryan and I were fighting constantly, the children were fighting, the poor dog was hiding, and the best we could manage was sitting in front of the t.v. for hours on end. It wasn’t pretty (to say the absolute very least).

We talked about it, and the kiddos all said they wanted to go back to Disney. “Life is so awesome at Disney”, “We’re happy there”, “Let’s go back!”, “I don’t want to be sad anymore”… 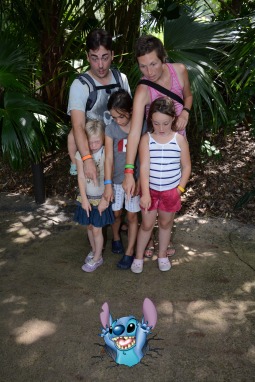 But, even though we’re doing fairly well, money just isn’t available to go to Disney World. We could possibly afford the flights, or the stay, but not both. Sigh.

And we know Disney is a short term fix. We want a life time solution.

Everyday, we want to choose to connect, to find the magic, to find unforgettable.

Today started as many others over the past year. A few minutes after waking, everyone was fighting. Agatha’s lips were pursed, her eyebrows drawn in, her eyes hard, and her arms crossed in front of her. It didn’t look good.

We had company coming over in an hour, the kitchen was a disaster, and I still hadn’t gotten dressed!

We talked a while longer, Cordelia agreed to let Agatha be powerful, and leave the castle, but it wasn’t good enough. Agatha said she wouldn’t play anymore. During the past several months, I’d likely have left it at that. But I know it wouldn’t have really solved anything.

We talked more. She was mad because Ella always made her be the boy in their games. She wanted to be a girl. Ella said, okay, you can be a girl from now on. We don’t need boys.

But Agatha was still very angry.

We kept talking. I asked questions. And when she tried to walk away and say she wouldn’t play anymore, I stayed with her and insisted that until we found out what the real problem was, I wasn’t going to leave her alone, because I love her too much to let her keep on hurting like this.

Eventually it came out. She doesn’t feel loved or valued by her sisters because they won’t let her make decisions in their games, and when she has a game idea, they quickly take it over and she gets left out.

There was a lot of crying. Finally she was able to relax into a hug, and then we could talk to her sisters about how she felt, and we were able to find a solution for their game. Her smile was so big! 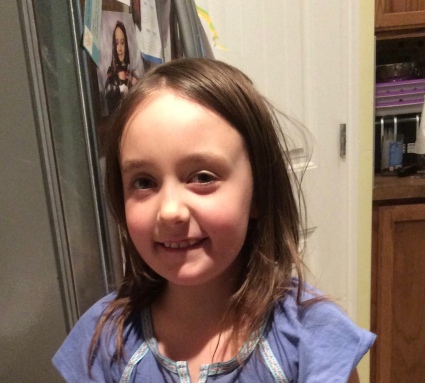 Her knowing that even in all her anger, I was there for her. Not to judge her, not to punish her, not to stop the anger, but to really truly help her. That made all the difference.

The rest of the day was so peaceful. There was only one moment where there may have been a disagreement, but she came over and happily joined me instead of the other children. No sulking or sadness, just a quiet moment before she bounced into my arms.

Sometimes I’m the luckiest person in the entire world!